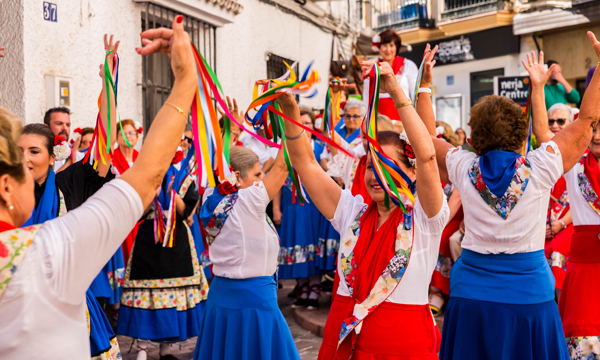 Festivals and Events in Nerja Spain

Looking for the best Spanish festivals and events in Nerja?

We have gathered together our top festivals and events in Nerja, Spain. Nerja has several events throughout the year. The most important events in Nerja include:

Plus each year the town honours San Isidro and La Virgen del Carmen with a flamboyant procession followed by a big party. You’ll also find plenty of other things going on throughout the year such as open-air concerts, the caves music and dance festival’s and much more..

Take a look below and read about upcoming events in Nerja:

The fiesta of San Juan el bautista (Saint John the Baptist) is a very old and popular fiesta in Spain. As a seaside town Nerja particularly embraces this event. The theme of the rituals associated with San Juan are very much symbolic of purification and are still upheld today.

Each year much of coastal Spain takes time to thank the Virgen del Carmen, one of the many forms taken by the Virgin Mary. As faithful protector of Spanish fishermen and Patron of the Spanish Navy she holds an important place in the hearts of many Andalusians as well as Spaniards all over the Iberian Peninsula and the Canaries. Each year on the 15th of July Nerja holds a party in her honour and holds the traditional procession the following day.

The Fiesta Blanca is an annual open-air party organised in conjunction with the local authorities youth department. Each year it taking place on a local beach where a temporary stage is erected and the party goes on well into the night with music from local groups and DJ’s. 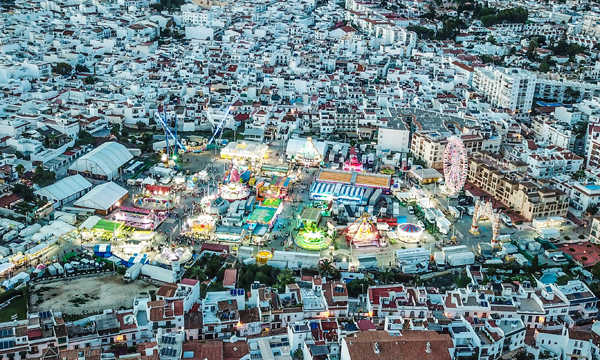 Held in the second week of October the Feria is one of the biggest celebrations of the year in Nerja with processions, singing, dancing, eating and drinking. There are events in Tutti Frutti Square and Antonio Millon on the western side of town. The main body of the Feria is on the site of the car park between the streets Carabeo and Los Huertos which is found just east of the Balcon de Europa. There are fairground rides for children and a number of marquees where a variety of activities are held.

You’ll find a mix of traditional and modern attractions such as typical Flamenco dancing and shows put on by local organizations.

Christmas in Nerja is a mix of old and new, with lots of the Spanish traditions mixed in. There is lots going on with the New Year celebrations on the Balcon de Europa and the Three Kings procession. 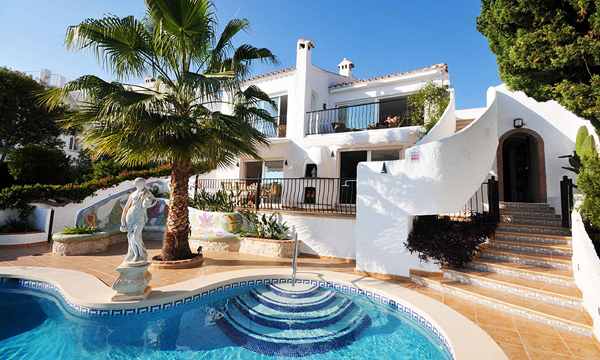 We are delighted to feature an exclusive selection of over 370 rental properties in Costa del Sol, Costa Calida,  Majorca and Costa Brava in Spain. 👉 Click Here to discover our property rentals in sunny Nerja, Spain. Our holiday rentals offer flexible arrival and departure dates, allowing you to take advantage of the cheapest flight deals!